Also referred to as synthetic diamonds at times, these are man-made diamonds that are made in laboratories by various processes. These days the demand for such types of diamonds is increasing due to their similar properties as that of natural diamonds but low cost. 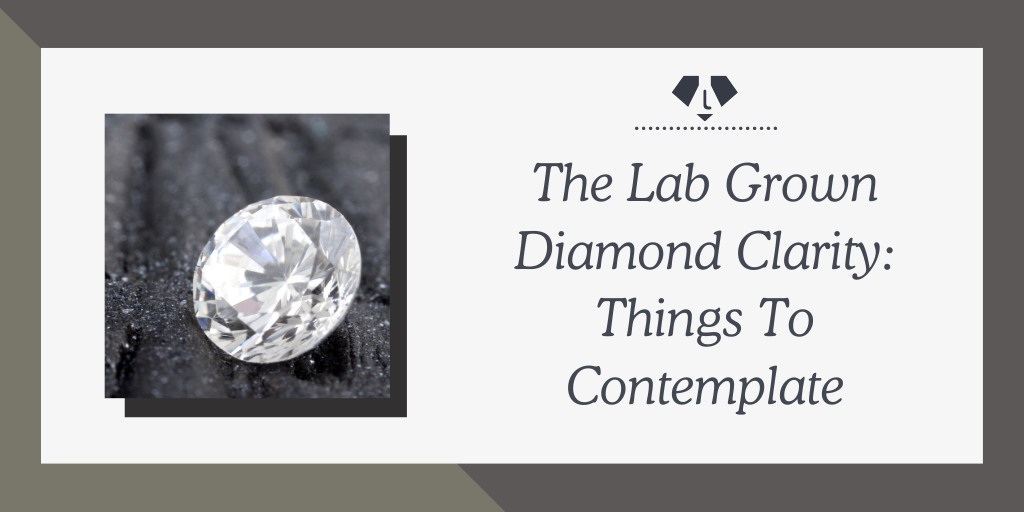 The properties of these diamonds mainly depend on the process which is used for their manufacturing. In Fact, certain diamonds are even harder and their conductivity is also high as compared to natural diamonds.

Clarity of the lab-grown diamonds

The clarity of the diamonds plays an important role in the overall look and charm of the diamond. It is determined by various factors such as the amount of inclusion and the blemishes which the diamond has along with various other imperfections.

There are various methods and techniques by which we can enhance the clarity of the natural diamonds. While in the case of the artificial diamond which is our primary concern here the diamonds are created by high temperature and pressure situations in the labs. The complex structures obtained are then cut into various small pieces depending on the carat weight which one wants. Such processes take weeks and weeks for their completion and to get the desired diamond.

So in the case of a lab-grown diamond, the blemishes and inclusions are quite very less as compared to the natural diamonds.

But this does not mean that they don’t exist in this case. They exist and they too vary in amount depending on the process which was opted for the creation of the diamonds. So the GIA certificate is a must before making any purchase in the diamonds.

But it is mostly for the natural diamond. In the case of lab-grown diamonds, one should mostly go for the IGI grading scale. This gives us a particular scale for the color and clarity of the diamond which one wants to buy.

All these are written on the best to the worst range of the clarity in the case of the lab-grown diamonds:

Certification of the diamond

The process of certification of lab-made diamonds is similar to that of natural diamonds. Their grading is done after sending them to the experts in their field in the gem labs. The grading is done based on the popular 4 C’s that is the cut, clarity, color, and the carat.

Mostly all the labs use the same criteria and process to grade the diamonds. They are graded individually by the experts. And then the compilation of the individual results is done for the best possible optimum results. The grades are given to the diamonds unbiasedly in case of this process.

How to determine the clarity grades of the lab-grown diamonds

The clarity grade in the case of diamonds is a must and should not be avoided at any cost. the gradation is done by the professionals and experts in this field with years and years of experience by various processes.

They mostly tend to go for a 10x magnification process and evaluate every aspect of the diamond precisely. The microscope gives a closer and proper look at the diamonds so it also becomes easier for them to take an account of all the blemishes and inclusions present and thus work accordingly to resolve them.

Before allocating any grade of clarity to the diamond the professionals generally lookout for the 5 described factors which include the size of the diamond, its nature, the location where it was located or the process by which it was created, etc. These factors play a vital role in determining the clarity rate of the diamonds.

The size of inclusions

The size of the inclusions plays a very vital role, as it has to be clearly determined whether the inclusions are small enough to ignore or worked upon or not. Because the bigger the inclusions, the lower is the look and quality of the diamond. Certain inclusions are also visible to the naked human eye if their size is quite large. So this factor becomes quite important to analyze and resolve.

The nature of inclusions

The inclusions can be of various types. They can be either internal or external, depending on the type of diamond. If they are present internally deep inside the diamond, then it becomes quite difficult to resolve them, and the grade and quality of the diamond are also impacted.

The number of inclusions

If the number is the most, then the fancy diamond is the prettiest. In lesser the amount of blemishes and imperfections, the greater is the grade and quality of the diamond. A few numbers of inclusions can also be ignored to a level depending on nature and their

The location where they are located

It has a major role to play while determining the quality and the gradation process. As in if the inclusions are there in the corners or the edges, they are not that visible to the naked human eyes and can be ignored or resolved by polishing or cutting. But on the contrary, if they reside deep inside the diamond then they cannot be ignored and thus impact the look and gradation of the diamond.

The various types of inclusions

Why should one opt for lab-grown diamonds?

But this does not apply to the fact that the diamonds which are grown in labs are cheap. The supply chain in the case of the natural diamonds as large as they are mined first then are distributed, cut, polished, and then sold accordingly to the jewelry manufacturers. But in the case of lab-grown diamonds, the supply chain is shorter as the process of extraction and mining are skipped, thus making its cost a bit less as compared to the natural diamonds.

So the lab-grown diamonds are your ideal choice if you are a peace-friendly person and also need reassurance as to how your diamonds were made.

But in the case of lab-grown diamonds, you will not face such an issue as they are quite environment friendly and take less energy for their creation. They also are pocket-friendly and can save a few bucks which can be used elsewhere.

The types of diamond clarity scales

This is the best type of grade and is flawless, as the name itself suggests. If in case any particular thing is observed on them that can for sure be ignored as in, it is the best gradation of them all. This is the most preferred and searched-for grade when people tend to buy diamonds as it is a one-time investment that lasts nearly a lifetime.

If this clarity grade is given to the diamond, that means it is nearly close to the flawless one. As in the small number of inclusions and the blemishes which are present can only be seen under a microscope and thus these can be ignored as they are for sure not visible to the naked human eyes.

Many couples who are on budget buying go for this grade of diamonds as it is similar to the first one but the cost of these diamonds is less than the above-mentioned ones.

The location of the blemishes has a major role to play while determining the quality and the grade of the diamond. As in if the inclusions are there in the corners or the edges, they are not that visible to the naked human eyes and can be ignored or resolved by polishing or cutting.

But on the contrary, if they reside deep inside the diamond then they cannot be ignored and thus impact the look and gradation of the diamond.

If a diamond is of this grade, it means that the imperfections are very less and are not that much visible on the surface of the diamond. So they can be ignored to a level.

They are not that much visible to the naked human eye if seen casually. But if one tends to observe them keenly then a few of the blemishes might pop up but then also they do not impact the look of the diamond to a bigger extent.

These diamonds are the future and are revolutionary because of their pocket-friendliness, sustainability and are also conflict-free in nature.

They have the same clarity, color, and composition as compared to the natural ones and are also nearly 50 percent less in cost, thus making us save a few bucks which can be saved and invested upon for future use.

There are various methods by which their color can be checked and improved so one should always keep them into account. As in the color plates an important role in the overall look of the diamond.

The more clear the color and the best grade it is, the more beautiful and flawless the diamond looks. One can go for a bit lower grade if on a budget but should never neglect the grade of the color as it is a one-time investment that lasts for years and nobody wants to invest in something which does not yield good results.

Lab Created Diamond Color Grade: What to Look for
Next
Real Facts about Lab Grown Diamonds

Engagement Ring Trends You Need To ... 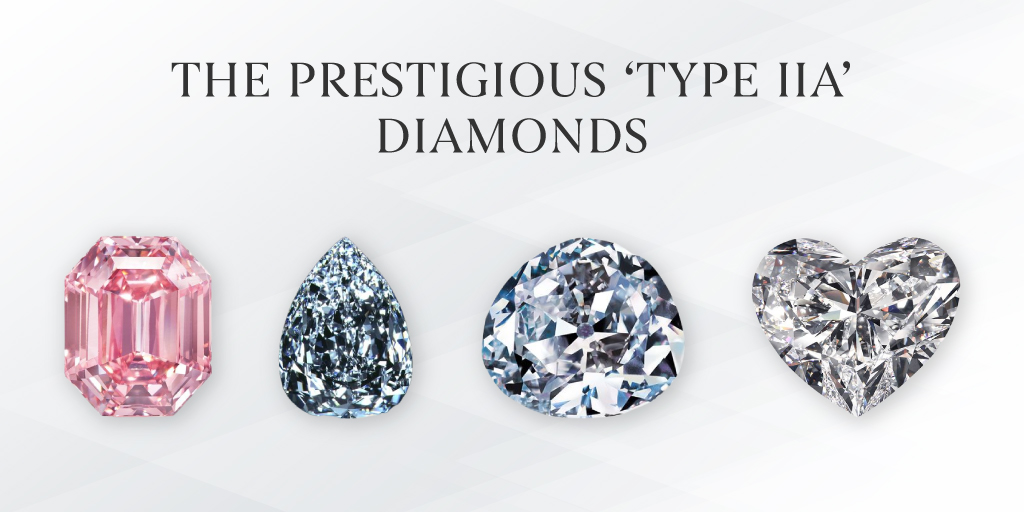 What are Type IIA Diamonds: Should ...

They say that diamonds are just chunks of coal that did well under pressure. This nearly m... 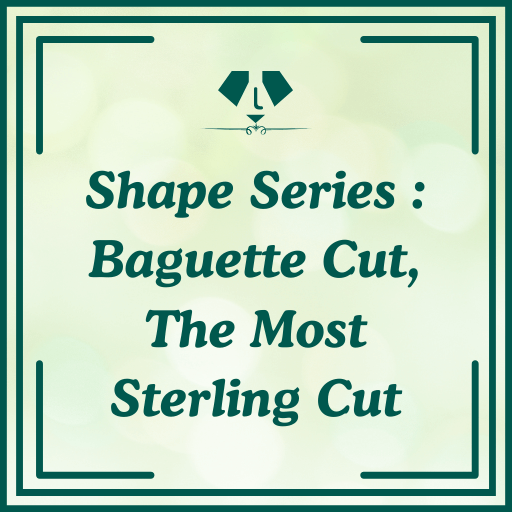 Baguette Cut Diamond: All Things Yo...

The baguette cut diamond is an oblong and slender diamond with particularly  14 iterative...