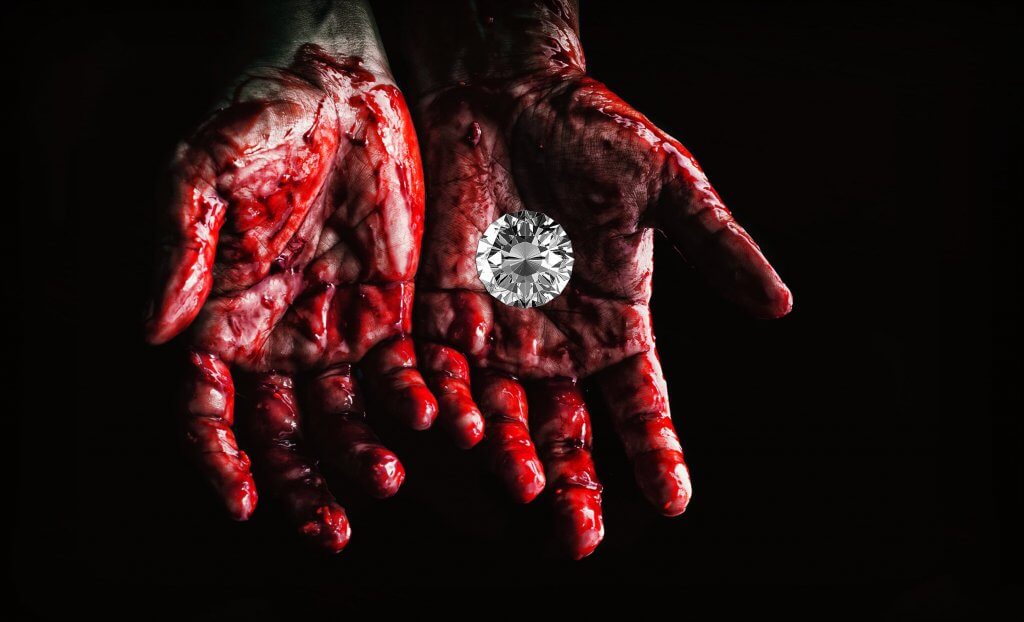 A more precise description is natural diamonds that are mined in combat-prone areas or war zones, and are sold for money. In order to finance and encourage violence, war, and conflicts. Such diamonds are called blood diamonds.

Even the United Nations have acknowledged the sale of blood diamonds for the funding of wars and conflicts. In many parts of Africa, child labor is used to mine these diamonds, to get profits off them.

The History of Blood Diamonds

It was during the conflict of Sierra Leone in the 1990s that, blood diamonds came into the spotlight. With rising concerns and on checking, it was found that the same blood diamond operations were occurring in the Democratic Republic of Congo (DRC), Liberia, Ivory Coast, and Angola, among other places. 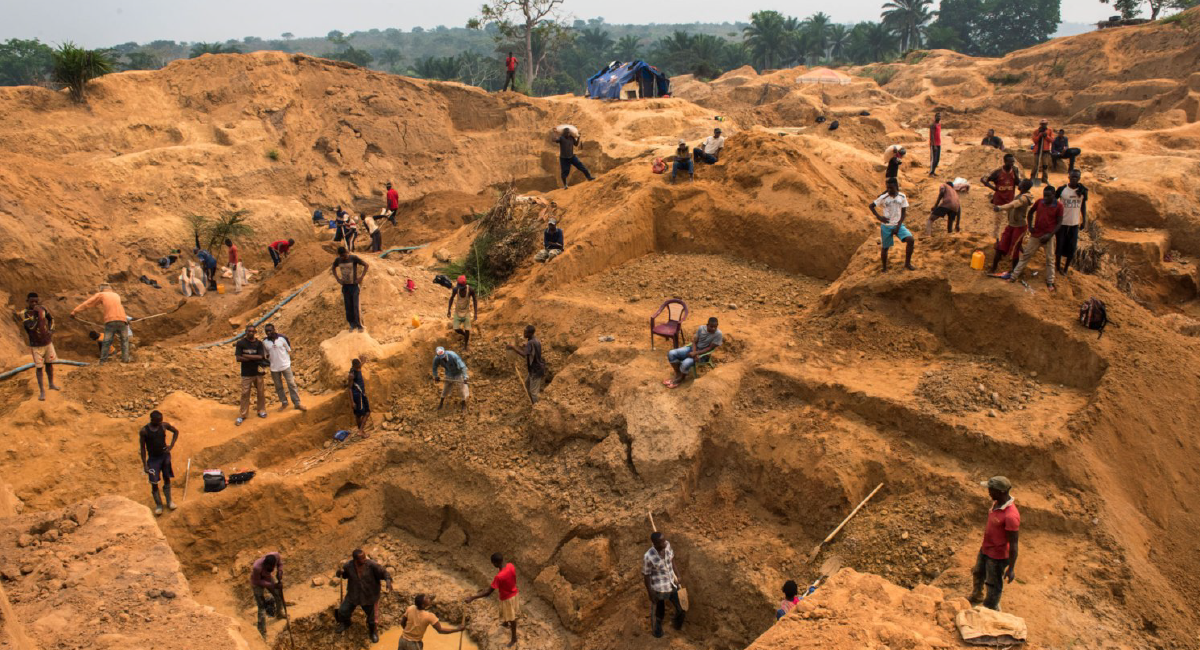 Not only were these blood diamonds funding violence but they were also invoking violence among people. Many people and children were sent into these diamond mines without proper protection and were made to work for long hours. They were treated like slaves, didn’t get proper pay, were tortured and killed if these people disobeyed.

The diamonds which they mined up were sold off for profits. A report in 2011 showed that the government of Zimbabwe had torture camps set up for the mining of blood diamonds. All this violence, harassment, and torture was a direct violation of human rights.

To avail, a solution many organizations including the United Nations, Global Witness, and Partnership Africa Canada started eliminating blood diamonds from the markets. Schemes were released like The Kimberley Process (KP), which was an international diamond certification scheme.

It was created to halt the blood diamond trade, it banned diamond exports from the Central African Republic in May 2013. Many such efforts resulted in the removal of blood diamonds from the world’s markets, about 99%. But still, 1% persists which is being mined and illegally sold.

Man made Diamonds are Blood-Free Diamonds

Lab-grown diamonds have posed as an influential solution against blood diamonds or conflict diamonds. Man-made diamonds are considered blood-free diamonds because these diamonds are created in laboratories, in safe and controlled environments. In these methods, a tiny diamond seed is put in a chamber along with a mixture of carbon and graphite. When the process starts, layers of carbon similar to that of the diamond structure is to form over the tiny seed. After enough layers have been formed, the final product, a lab-grown loose diamond is attained. 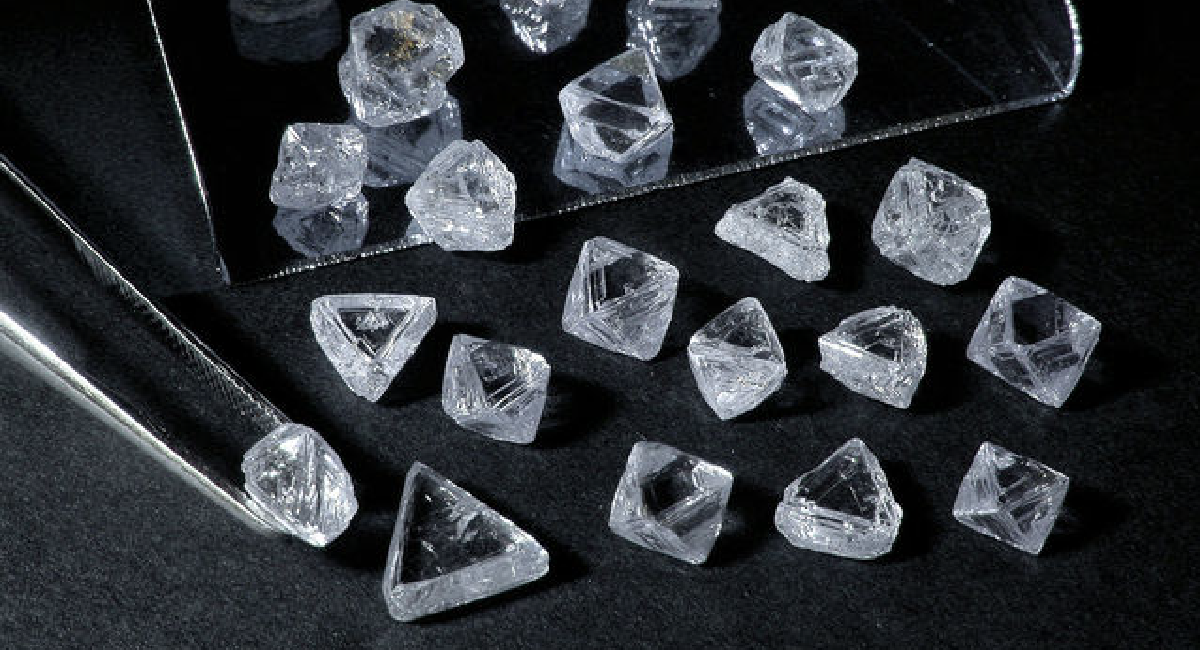 It was during the 1950s that lab-grown diamonds made an entry, for industrial purposes. But soon gained popularity and started making all sorts of commercial diamonds. These methods do not require any sort of manual labor but rather, proper application of the whole process.

The whole process of making lab grown diamonds follows the rules and regulations. These man-made diamonds persist as a solution for both environmental concerns and conflict-ridden blood diamonds.

Man-made Diamonds do not Fund Conflicts

The diamond market was looked down upon once all the truth surfaced. The facts about how blood diamond is used to fund conflicts and all the corruption that takes place. This resulted in an international dispense of rules and regulations, to prevent the entrance of blood diamonds into the diamond industry.

But still, while 99% of blood diamonds were removed from the diamond industry, 1% still remained. It is this 1%, which has led to the loss of life, unethical crime, and encouragement of conflict.

Buyers are worried about what type of diamonds they are buying, well for them lab grown loose diamonds are the safest option. Man-made diamonds are created without any such influence of violence or conflict. These diamonds are not used to fund any wars and are directly sold to customers or retailers.

There is no middle man in their sale, hence the chance of it going into the wrong hands is reduced. These fancy diamonds are crafted into various types of jewelry that flood the market.

The biggest reason for corruption to occur within an industry is the presence of a middleman. This middleman can alter the trade route for its own benefits, and consumers won’t even know where their diamonds are coming from. 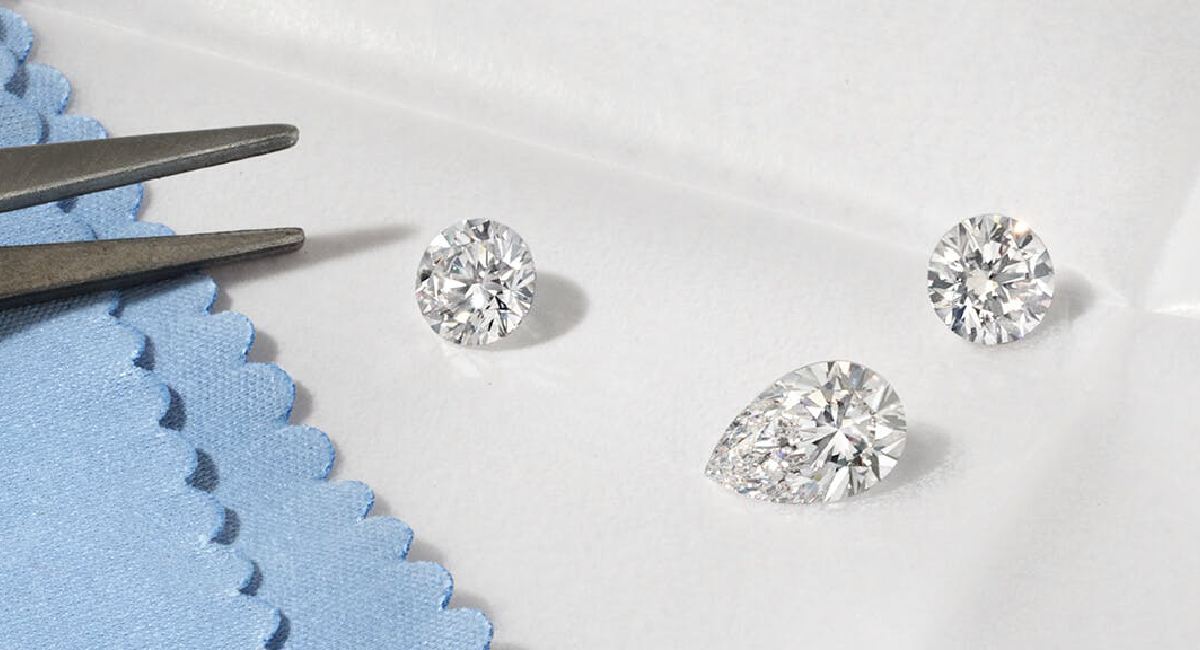 As the world did remove 99% of blood diamonds from the markets, but still 1% persists. Man made diamonds are the best alternative for this, as these lab-grown loose diamonds are sold directly to the jewelers and consumers. No middleman or party is involved in this transaction.

Man-made Diamonds do not Employ Child Labor or Unethical Labor

Lab created diamonds are made in labs and do not support any sort of conflict or violence. Human rights are respected in these labs, and no employment of child labor or unethical labor is done.

Man-made Diamonds do not Support Violence

The diamond industry has been under surveillance for quite a while, and the observation that came to light was that these mined diamonds came at a hefty cost to human life. Blood diamonds were mined by child laborers and other adults if someone was to disobey they would be tortured or killed. In Central and Western Africa, a number of mines were known to use unethical human labor and violence in digging out diamonds.

Efforts of international organizations and government NGOs helped in eradicating these conflict diamonds.

The same does not occur when it comes to man-made diamonds. These fancy diamonds are created in laboratories, by technologically advanced methods and do not fund any sort of conflict. These blood-free diamonds support human rights and are created in ethical ways, which support the conscience of consumers.

Overall man made diamonds are a better choice in so many different aspects, and are preferred over mined diamonds.

Ever since the discovery of blood diamonds, many consumers wanted transparency in the diamond transaction process. 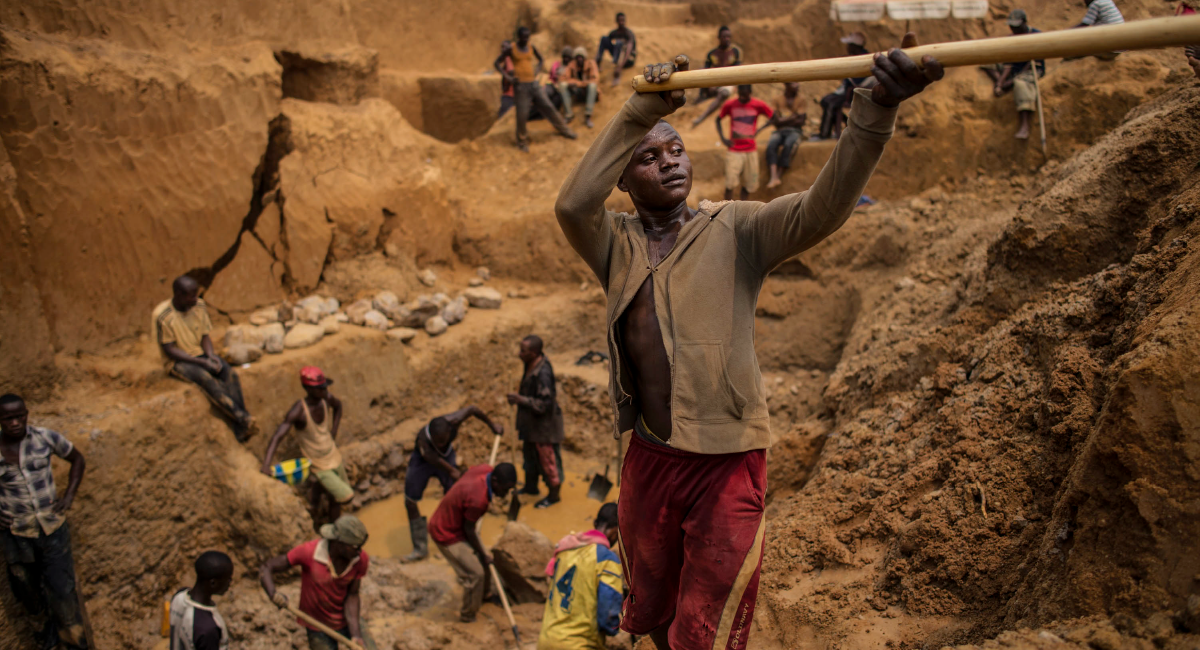 Blood diamonds involved the employment of child labor and torture of their laborers, which violated a lot of human rights. Lab grown diamonds have a transparent process, and 100% support human rights. These are created in safe environments, follow rules and regulations, and are blood-free!

Difference between Man-made diamonds and Cubic Zirconia
Next
Marquise Cut Diamond: Everything You Need to Know 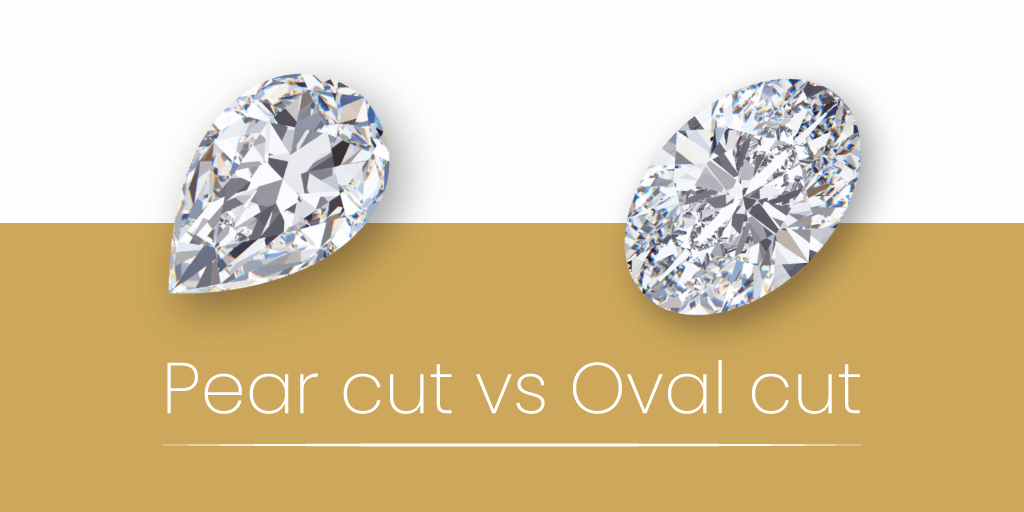 Pear vs Oval Cut Diamond: Which One...

One of the most alluring objects on this earth is the diamond. They are so elegant, beauti... 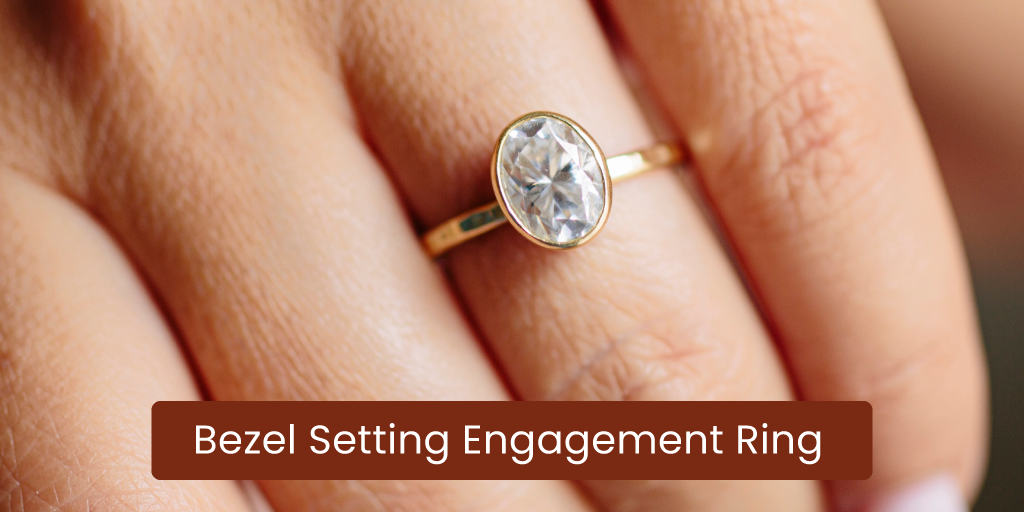 Do you have a busy lifestyle? Do you feel your engagement ring is “too much” f... 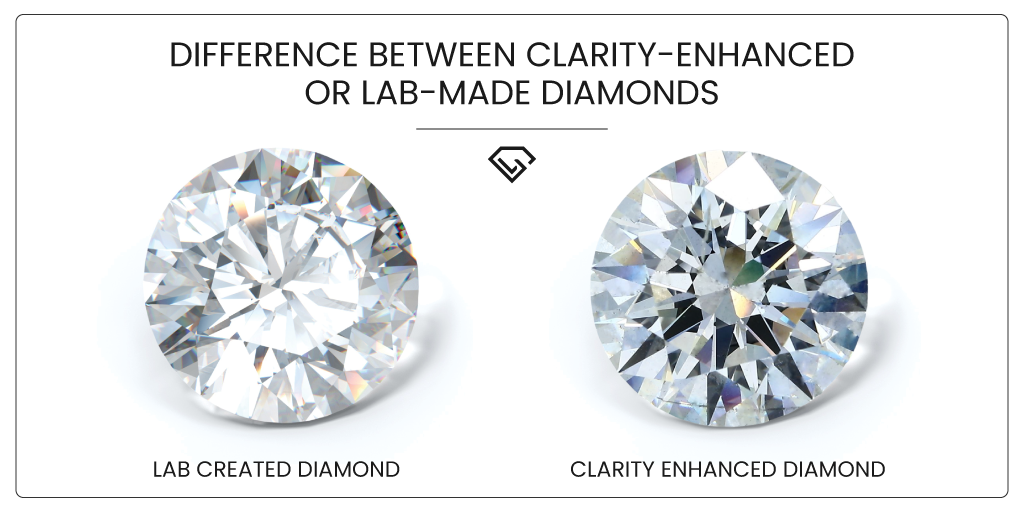 Buying a diamond may seem an easy thing, but what’s the reality? Many people think t...